Six blind men and the elephant… 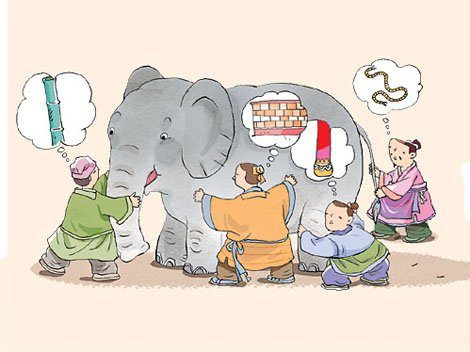 I’m sure you’ve heard the folk tale from India about the six blind men. If you haven’t, you’ve probably heard a story pretty similar. Better yet, I bet you’ve even LIVED this story one way or another. Let me explain…

You have an experience.. that you absolutely “know” was a certain way. You saw it, felt it, heard it..

Then you share your experience with someone else…
who has also seen it, felt it and heard it.
BUT…
They have a completely different experience than you do. They have a completely different perspective than you . You believe you are right and they are wrong.
They believe you are wrong and they are right.
What if it is both and neither???
What if right and wrong is based on your perspective of your experience? Like this image below… 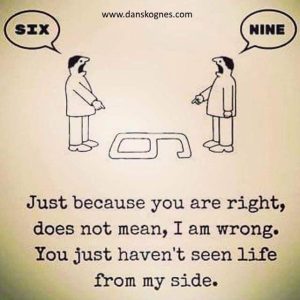 It is great to ponder… and look within ourselves. Can I be right and they be right.. at the very same time? From such differing perspectives? The contrast of life.. It is amazing, isn’t it? Read the story below and let me know your thoughts on the questions I ask afterwards.

I’d love to create some conversation about this… and hear your perspective. Not to PROVE anything, but to share perspective. Let’s chat after the story ~ SDJ♥

Six blind men and the elephant

Long ago six old men lived in a village in India. Each was born blind. The other villagers loved the old men and kept them away from harm. Since the blind men could not see the world for themselves, they had to imagine many of its wonders. They listened carefully to the stories told by travelers to learn what they could about life outside the village.
The men were curious about many of the stories they heard, but they were most curious about elephants. They were told that elephants could trample forests, carry huge burdens, and frighten young and old with their loud trumpet calls. But they also knew that the Rajah’s daughter rode an elephant when she traveled in her father’s kingdom. Would the Rajah let his daughter get near such a dangerous creature?
The old men argued day and night about elephants. “An elephant must be a powerful giant,” claimed the first blind man. He had heard stories about elephants being used to clear forests and build roads.
“No, you must be wrong,” argued the second blind man. “An elephant must be graceful and gentle if a princess is to ride on its back.”
“You’re wrong! I have heard that an elephant can pierce a man’s heart with its terrible horn,” said the third blind man.
“Please,” said the fourth blind man. “You are all mistaken. An elephant is nothing more than a large sort of cow. You know how people exaggerate.”
“I am sure that an elephant is something magical,” said the fifth blind man. “That would explain why the Rajah’s daughter can travel safely throughout the kingdom.”
“I don’t believe elephants exist at all,” declared the sixth blind man. “I think we are the victims of a cruel joke.”
Finally, the villagers grew tired of all the arguments, and they arranged for the curious men to visit the palace of the Rajah to learn the truth about elephants. A young boy from their village was selected to guide the blind men on their journey. The smallest man put his hand on the boy’s shoulder. The second blind man put his hand on his friend’s shoulder, and so on until all six men were ready to walk safely behind the boy who would lead them to the Rajah’s magnificent palace.
When the blind men reached the palace, they were greeted by an old friend from their village who worked as a gardener on the palace grounds. Their friend led them to the courtyard. There stood an elephant. The blind men stepped forward to touch the creature that was the subject of so many arguments.
The first blind man reached out and touched the side of the huge animal. “An elephant is smooth and solid like a wall!” he declared. “It must be very powerful.”
The second blind man put his hand on the elephant’s limber trunk. “An elephant is like a giant snake,” he announced.
The third blind man felt the elephant’s pointed tusk. “I was right,” he decided. “This creature is as sharp and deadly as a spear.”
The fourth blind man touched one of the elephant’s four legs. “What we have here,” he said, “is an extremely large cow.”
The fifth blind man felt the elephant’s giant ear. “I believe an elephant is like a huge fan or maybe a magic carpet that can fly over mountains and treetops,” he said.
The sixth blind man gave a tug on the elephant’s coarse tail. “Why, this is nothing more than a piece of old rope. Dangerous, indeed,” he scoffed.
The gardener led his friends to the shade of a tree. “Sit here and rest for the long journey home,” he said. “I will bring you some water to drink.”
While they waited, the six blind men talked about the elephant.
“An elephant is like a wall,” said the first blind man. “Surely we can finally agree on that.”
“A wall? An elephant is a giant snake!” answered the second blind man.
“It’s a spear, I tell you,” insisted the third blind man.
“I’m certain it’s a giant cow,” said the fourth blind man.
“Magic carpet. There’s no doubt,” said the fifth blind man.
“Don’t you see?” pleaded the sixth blind man. “Someone used a rope to trick us.”
Their argument continued and their shouts grew louder and louder.
“Wall!” “Snake!” “Spear!” “Cow!” “Carpet!” “Rope!”
“Stop shouting!” called a very angry voice.
It was the Rajah, awakened from his nap by the noisy argument.
“How can each of you be so certain you are right?” asked the ruler.
The six blind men considered the question. And then, knowing the Rajah to be a very wise man, they decided to say nothing at all.
“The elephant is a very large animal,” said the Rajah kindly. “Each man touched only one part. Perhaps if you put the parts together, you will see the truth. Now, let me finish my nap in peace.”
When their friend returned to the garden with the cool water, the six men rested quietly in the shade, thinking about the Rajah’s advice.
“He is right,” said the first blind man. “To learn the truth, we must put all the parts together. Let’s discuss this on the journey home.”
The first blind man put his hand on the shoulder of the young boy who would guide them home. The second blind man put a hand on his friend’s shoulder, and so on until all six men were ready to travel together.

So, what do you take from this story? How does it speak to you? What is the message, from your perspective? How do you hear it?

What i love is that we each get to have our own experience, understanding and awareness around one particular story… and i bet many of us see it different. This story, you aren’t as invested in, so maybe it won’t push a button for you if someone doesn’t see things your way. But, what happens when it does? What happens when it is something you feel STRONGLY about? Can you be as accepting then? Are you judgemental then..and why is that?  Are we all supposed to think and feel and see exactly the same or.. are we meant to be loving and tolerant and accepting and compassionate.. of those that we don’t UNDERSTAND?

My questions is.. Can we find the gift? Isn’t the contrast in life how we expand and grow and have compassion and evolve? I, for one, say YES!!!!!!!!!!

What do you think? I’d love to hear in the comments – SDJ♥ 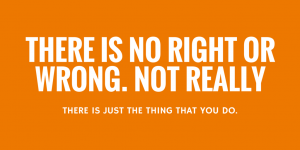 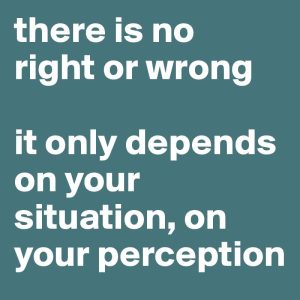 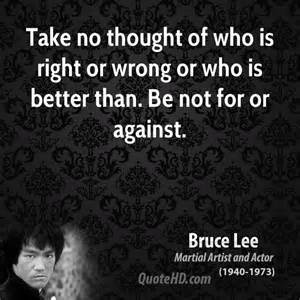 PrevPreviousAre your relationships here for A reason, A season or A lifetime?
NextIs it time to let go of being a victim? It was way past time for me.Next

12 thoughts on “Six blind men and the elephant…”

What Did You Think About This Blog Post? Cancel reply

Keep in touch with me and what’s happening in my life and I will give you a FREE gift!